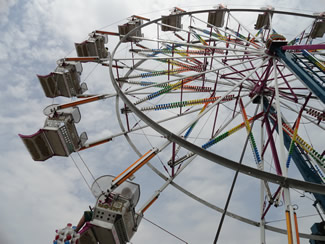 
The future of the IndyCar race at the Milwaukee Mile, infield festival and downtown Milwaukee pre-race street party will be determined in the coming months.


Andretti Sports Marketing, Indianapolis, for the second year ran the event and targeted both open-wheel racing fans and folks who wanted to enjoy music, rides and concessions at the track on Father’s Day weekend.

Healy had predicted an attendance increase of about 5,000 this year from the debut 2012 IndyFest attendance of about 25,000. He said he didn’t have the final attendance figure from the June 15 race as of Monday.


“On our end, it went very well,” Frenette said of the event. “Attendance definitely improved over last year.”


State Fair Park and Andretti Sports Marketing have a three-year contract with a renewal each year, Frenette said. Andretti pays $25,000 for use of the facility and the two entities share concession revenue, Frenette said.


State Fair Park officials will do whatever they can to attain a third Milwaukee IndyFest with Andretti Sports Marketing, Frenette said, pending Andretti’s talks with IndyCar Racing League (IRL) officials.


“That’s between them and IRL,” he said of extending the race into future years. “We hope they can work something out with IRL.”


A decision on continuing an IndyCar race at the Milwaukee Mile will be made within the next three to four months, Frenette said.

"There is no place like the Milwaukee Mile. It is a hard place to get right, and when you do, it's so rewarding."