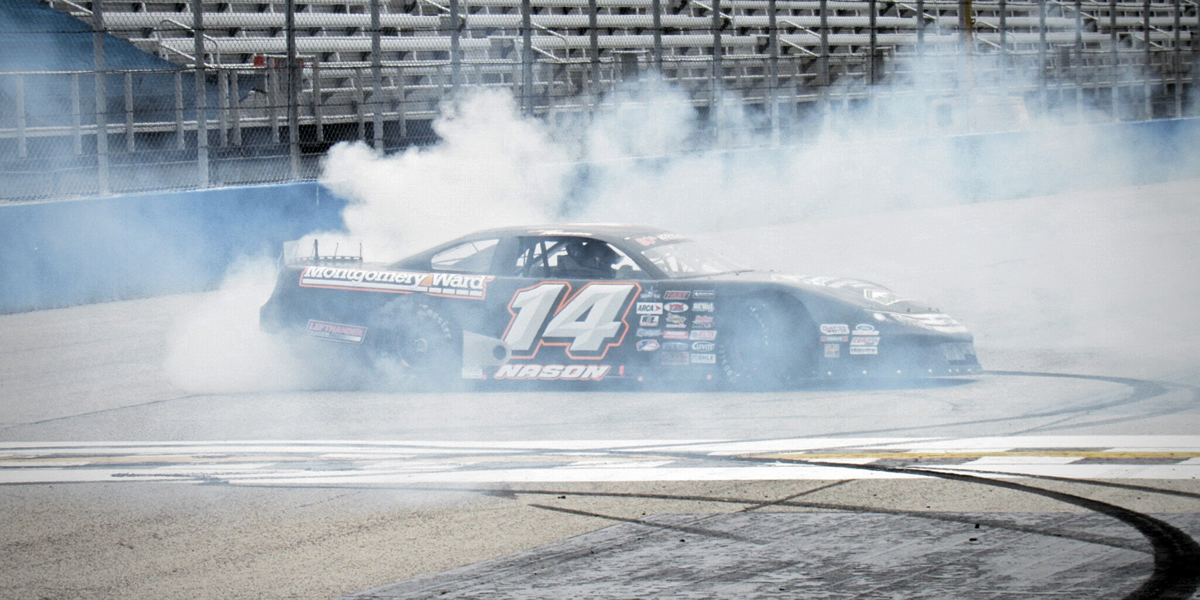 After a several year hiatus, racing returned to the Milwaukee Mile with a roar on Father's Day weekend.

Despite early rain and cool temperatures, race promoter Bob Sargent estimated Sunday's attendance at about 8,000. He also indicated that the event will return in 2020. Additional details regarding the date and lineup will be released once finalized.

On track activity kicked off on Saturday with a four hour rotating practice session for all series. The day concluded with the Milwaukee Mile Street Drags taking to the front stretch with a series of grudge runs, brackets and a Shine 'N Show Contest.

Sunday morning got off to a wet start as rain showers moved through the area. With the assistance of the Air Titan Track Drying Team, the Milwaukee Mile was ready for practice and qualifying with only minor delays and changes to the schedule.

Racing kicked off in the afternoon with the Midwest Truck Series taking to the track first. In a race slowed by several cautions for minor incidents, Levon Van Der Geest passed Joe Valento with two laps to go to claim the truck series feature win.

The Upper Midwest Vintage Racing series took to the track next for their feature. Unfortunately, the race concluded with Jim Olson's 1967 Mercury Cougar making hard contact with the wall in turn 1. He walked away, and Woody Pool walked away with the checkered flag for the vintage feature win.

Following track clean-up, the Mid-American Stock Car Series was up next for their feature. The race came to a crashing halt in the closing laps as Ron Vandermeir Jr. took a wild ride down the Milwaukee Mile backstretch on his roof and side. After a brief red flag to clean up the track, the race continued and Ron Weyer took home the checkered flag.

Once the engines were fired and pace laps began, the field performed a four wide salute to the fans on the front stretch at the Milwaukee Mile before taking the green flag.

Among the leaders that opted for tires at the earlier caution, Dan Fredrickson took control of the middle section of the race. Other frontrunners including Austin Nason and Ty Majeski opted to wait until the later caution to take on tires.

With fast cars on fresh tires deeper in the field on the final restart, it set the scene for a wild finish.

Nason, who restarted the race in 5th, passed Fredrickson for the lead with 6 laps to go and never looked back.

Meanwhile, Majeski restarted in 17th and tore through the field to reach 2nd place. Fredrickson hung on with older tires to take 3rd place. The top 5 was rounded out by Preston Peltier and Casey Roderick.