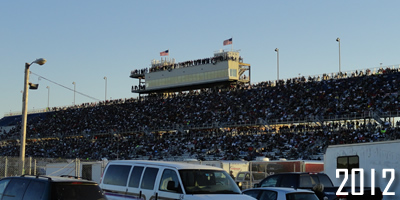 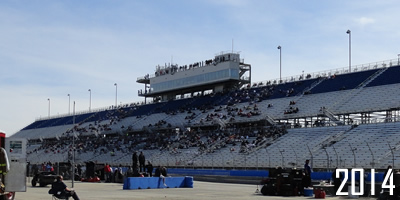 After of a disappointing drop in attendance over the past two years, the future of ARCA Fest and the Howie Lettow Memorial 150 at the Milwaukee Mile is in serious jeopardy.

Dave Kallmann of the Journal Sentinel reported this morning that ARCA Midwest Tour vice president Steve Einhaus says he's not sure of the future of the Howie Lettow Memorial race.

Series officials will meet shortly to discuss the future of the event with sponsors and Cheryl Lettow, the widow of the longtime crew chief and racing mentor after whom the race was named.  Moving it away from the Mile is one option, as is moving it back to a Tuesday.

The cost to rent that racetrack (Milwaukee Mile) and to man it, just the expense of the maintenance and getting it ready, it’s just astronomical. We just have to decide what the plan is. We need a more significant corporate backing to pull it off. It’s obvious it needs to be on a Tuesday, and it’s obvious we need to have some guests to make it successful. So I guess we’ll see what happens."

Read More:  What Happened to Stock Car Racing at the Milwaukee Mile (JSOnline.com)

Poll: Which race on Saturday at ARCA Fest was your favorite?  Vote now!

We went to a lot of races there before I got into NASCAR. That track, a lot of history behind it, usually a lot of good racing . . . this kind of sucks big time."